Why Are Their “Mirrors On The MOON?” 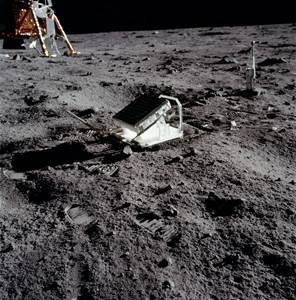 Many unbelievers have tried to discredit the fact that the U. S. Made several missions to the Moon, But the following information proves that we did:

MIRRORS ON THE MOON, A Lunar Laser Ranging experiment:

Ringed by footprints, sitting in the moondust, lies a 2-foot wide panel studded with 100 mirrors pointing at Earth:

Apollo 11 astronauts Buzz Aldrin and Neil Armstrong put it there on July 21, 1969, about an hour before the end of their final moonwalk.

The ongoing Lunar Laser Ranging experiment or Apollo landing mirror measures the distance between surfaces of Earth and the Moon using laser ranging. Lasers at observatories on Earth are aimed at retroreflectors planted on the Moon during the Apollo program (11, 14, and 15).

Laser light pulses are transmitted and reflected back to Earth, and the round-trip duration is measured.

This could not have been possible if the Apollo astronauts had not placed the mirrors on the moon surface.

Click below for explanation of RetroReflector Mirrors on the MOON