Who is Leonardo Torres, and why should I care? 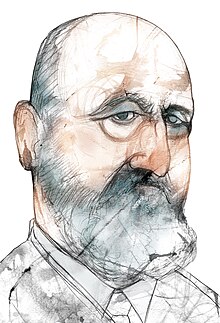 I have sometimes wondered when the first remote control device was invented and what it was, but I was completely surprised by what I recently found out.

To find coloring books for kids and adults,

which consist of beautiful black and white designs for coloring,

that can be personalized with the owner’s name in the title and in the titles of all of the inside pages,

a mostly self-taught inventor presented the Telekino at the Paris Academy of Science, accompanied by a brief, and a demonstration of the device. In the same year, he obtained patents in France, Spain, Great Britain, and the United States.

The Telekino consisted of a robot that executed commands transmitted by electromagnetic waves. It constituted the world’s second publicly demonstrated apparatus for radio control, after Nikola Tesla’s Patented “Teleautomaton”, and was a pioneer in the field of remote control.

In 1906, in the presence of the king and before a great crowd, Torres successfully demonstrated the invention in the port of Bilbao, guiding a boat from the shore.

Later, he would try to apply the Telekino to projectiles and torpedoes but had to abandon the project for lack of financing. In 2007, the prestigious Institute of Electrical and Electronics Engineers (IEEE) dedicated a Milestone in Electrical Engineering and Computing to the Telekino, based on the research work developed at Technical University of Madrid by Prof. Antonio Pérez Yuste, who was the driving force behind the Milestone nomination.

He also received acclaim for his invention of a semi rigid airship that was manufactured in quantity and used by both sets of military forces during World War I. One of his inventions is still thriving as a tourist attraction at Niagara Falls: the Spanish Aero, Car, originally installed in 1916.

In 1911 he made and successfully demonstrated a chess-playing automaton for the endgame of king and rook against king. [Anon., “Torres and His Remarkable Automatic Devices,” Scientific American Supplement, Vol. 80, No. 2079, 1915, pp. 296-298.] This chess automaton, believed to have been the world’s first, was fully automatic, with electrical sensing of the pieces on the board and what was in effect a mechanical arm to move its own pieces. [The one earlier apparent chess automaton, exhibited by von Kempelen, turned out to have a small human operator hidden inside; see Chapuis, A. and E. Droz, 1958. Automata: A Historical and Technological Study, Basford, London.]

Some years later Torres made a second chess automaton, which used magnets underneath the board to move the pieces. Like a number of his other inventions, this one still exists and is still operational.

The two links below give further information about
Leonardo Torres y Quevedo: