Strange Origin Of The Toy Balloon

Especially surprising because of the inventor of the first rubber balloon

Early balloons were made from pig bladders and animal intestines.

The Balloon to the left is a Pig Bladder Balloon

The Aztecs created the first balloon sculptures using cat intestines, which were then presented to the gods as a sacrifice. There are references to balloons made of whale intestine in Swiss Family Robinson (1813) and in Moby Dick (1851). 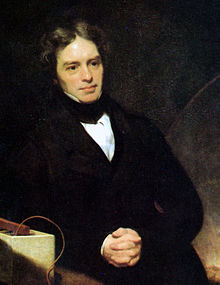 The first rubber balloons were made by Professor Michael Faraday in 1824 for use in his experiments with hydrogen at the Royal Institution in London.   “The caoutchouc is exceedingly elastic”, he wrote in the Quarterly Journal of Science the same year. “Bags made of it…have been expanded by having air forced into them, until the caoutchouc was quite transparent, and when expanded by hydrogen they were so light as to form balloons with considerable ascending power….” Faraday made his balloons by cutting round two sheets of rubber laid together and pressing the edges together. The tacky rubber welded automatically, and the inside of the balloon was rubbed with flour to prevent the opposing surfaces joining together.

Latex rubber toy balloons were introduced by pioneer rubber manufacturer Thomas Hancock the following year in the form of a do-it-yourself kit consisting of a bottle of rubber solution and a condensing syringe. Vulcanized toy balloons, which unlike the earlier kind were unaffected by changes in temperature, were first manufactured by J.G. Ingram of London in 1847 and can be regarded as the prototype of modern toy balloons.