Very few people have ever heard of John Houbolt, but if not for John we would never have been able to land on the Moon in 1969, and probably not for another three years, or more.

a concept that was used to successfully land humans on the Moon and return them to Earth. This flight path was first endorsed by Wernher von Braun in June 1961, after 2 years of dedicated and career damaging sponsorship by John, and was chosen for the Apollo program in early 1962.

The critical decision to use LOR, “The Way To The Moon” proposed by John Houbolt, was viewed as vital to ensuring that Man reached the Moon by the end of the decade as proposed by President John F. Kennedy.

In the process, LOR saved time and billions of dollars by efficiently using existing technology.

The book about John, “The Man Who Knew the Way To The Moon,” 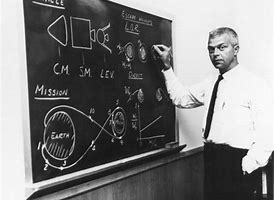 but “CLICK the link below for a short but more detailed version, than the previous paragraphs in this post.