Ed Dwight Jr. was the first black man trained as an astronaut ahead of Apollo 11, but he never made it to space.

There was a time when famous men tried to mold Ed Dwight, and make him a symbol of a brave new era. They wanted to hurl him at the stars, bring him back and pin medals on him. They wanted to make speeches, saying anything was possible in the America they were trying to bring about—that Ed Dwight, a young black man who grew up poor on a small farm in Kansas, could travel into space, and if that could happen, there were no limits.

It never happened, and today Dwight, who used to look at the stars, turns his eyes downward as he works in the most earthbound of the arts. His sculptures of the famous have made him rich. 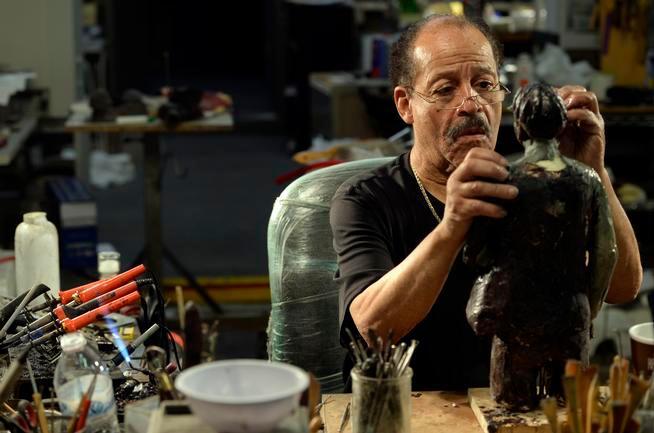 This time around, Ed Dwight molds the famous men.

At age 4, Dwight built a toy airplane out of orange crates in his backyard.  As a child, he was an avid reader and talented artist who was mechanically gifted and enjoyed working with his hands. He attended grade school at Our Lady of Perpetual Help in Kansas City.

While delivering newspapers, he saw the Kansas City, Misouri native Black man and Air Force pilot, Dayton Ragland on the front page of “The Call” newspaper.

Having grown up in racist segregation, he instantly “wigged out”, becoming inspired to follow this career path while thinking “This is insane. I didn’t even know they let black pilots get anywhere near airplanes. … Where did he get trained? How did he get in the military? How did all this stuff happen right before my nose?”.

In 1951, he became the first African-American male to graduate from Bishop Ward High School, a private Roman Catholic high school in Kansas City, Kansas. He was a member of the National Honor Society and earned a scholarship to attend the Kansas City Art Institute. Dwight enrolled in Kansas City Junior College (later renamed Metropolitan Community College) and graduated with an Associate of Arts degree in Engineering in 1953.

Dwight joined the United States Air Force in 1953, pursuing his dream of flying jet aircraft. He became a USAF test pilot, and in 1961 earned a degree in Aeronautical Engineering from Arizona State University.

After earning his aeronautical engineering degree, Dwight was referred to President John F. Kennedy as a space candidate by Whitney Young Jr. In 1962, Dwight was entered into the U.S. astronaut training program as an experimental test pilot in preparation to become the first African American astronaut candidate. 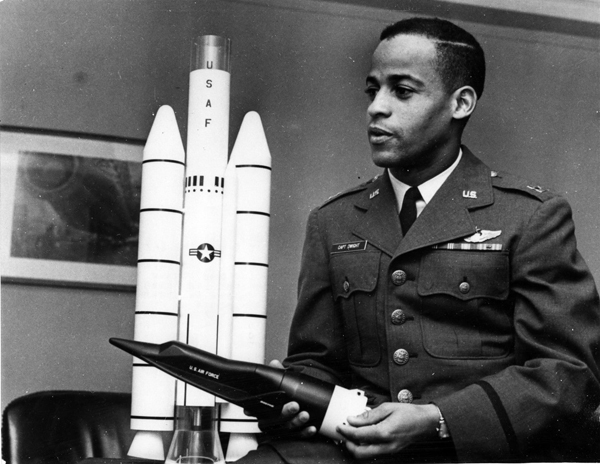 According to J. Alfred Phelps’s book They Had A Dream: The Story of African-American Astronauts, the Kennedy Administration was very aggressive in looking for “Negro” candidates to place in the NASA astronaut candidate program.

It all began with a telephone call from the White House to the Department of Defense. There was no arrogance in the caller’s voice; only a simple question:

‘Does the Air Force have any Negroes in the new aerospace research pilots’ course being set up at Edwards Air Force Baser in California?’

After what was probably an extended pause came the answer: ‘No, there aren’t any.’

It was an ordinary enough question, but the call came from an extraordinary source.

Had it come from an ordinary White House, the reaction might have been mild, nothing more than grist for a workday tale some government employee could tell at a weekend gathering. But this call came from the Kennedy White House, that place called “Camelot,” which had seen the beginning of civil rights ‘sit-ins’ and had sent troops to get a black man into a university in the Deep South.

It was a White House that had used its influence to gain Martin Luther King’s release from jail.

Perhaps the recipient of the call knew all of this and felt a bit like a person in a closed garage slowly filling with carbon monoxide. In any event, the reaction was predictable: something had better be done — and rather quickly. The innocuous-sounding call thus became something of an edict.

Dwight felt an immediate backlash as he appeared on national magazines, TV news broadcasts and radio programs.  Racist politicians, reporters and citizens questioned his physical and mental fitness, scheptical that a black man had what it took to make it to space.

“Those guys – I call them the forces of darkness – came in with all kinds of medical and intellectual questions about black people’s physiology and intelligence,” he said.  “They did studies and presented them to the White House and Congress, saying my capabilities weren’t in the ballpark.  It was incredibly controversial and political.”

Some of Dwight’s Air force colleagues also saw his selection as symbolic and political. 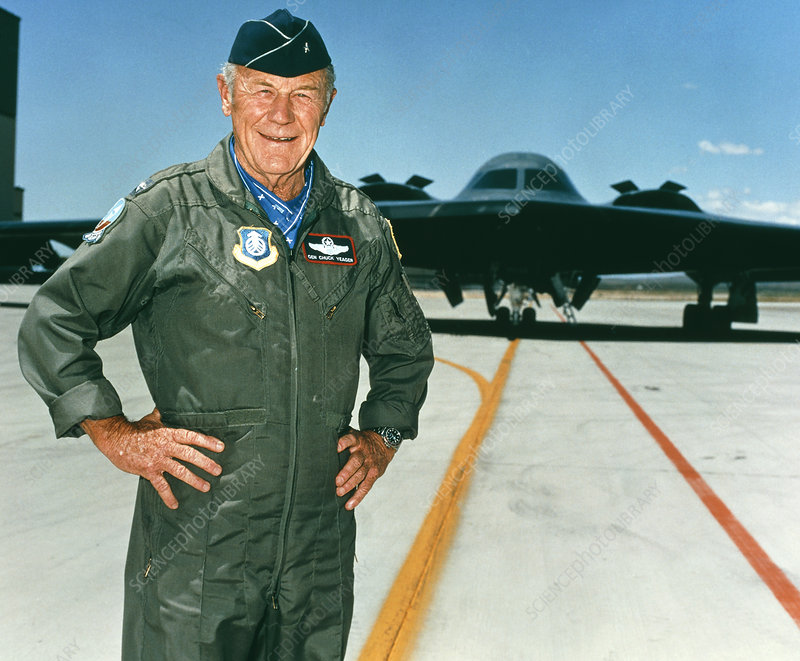 “Chuck” Yeager. the first to fly faster than the speed of sound. On 14 October 1947 Yeager flew a Bell X-1 aircraft at a speed of 1078 kilometres per hour at an altitude of 12,800 metres – equivalent to 1.015 times the speed of sound. Yeager had begun his career as a fighter pilot during World War II, destroying 13 enemy aircraft.

Starting in 1962, Dwight trained on the ground and in the air with Chuck Yeager

( the historic pilot who first broke the sound-barrier ) and others, flying experimental aircraft and undergoing a battery of tests designed to establish his overall demeanor, problem-solving skills and knowledge.  He relished the opportunity and delighted in the access to cutting-edge technology.

In a companion book to the American experience film on PBS, “Chasing The Moon,”

Dwight got along well with the other pilots, but was also viewed with suspicion.

There were rumors that due to his friends in the White House, Dwight had an unfair advantage, and that his Success would only come at the expense of his fellow classmates. 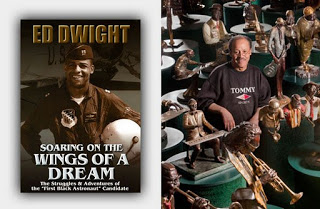 Ed Dwight Jr., among his Scupptures

Chuck Yeager, Edwards’s ( Air Force Base ) commandant, did nothing to make Dwight’s situation any easier.

Believing that the school was being used to further the administrations political agenda, Yeager did nothing to hide his resentment.

During this time, Yeager’s own fame was being eclipsed by attention accorded the Mercury astronauts, an elite club Yeager could not have joined because he lacked both a college education and engineering degree.

Prior to coming to Edwards, Dwight had idolized Yeager.

Once there, however, he encountered a man who exerted strict control over his school and he didn’t appreciate outside interference — especially when it originated in the White House.

A confident at the school told Dwight, that Yeager had assembled his entire staff of instructors to inform them that the White House has forced him to enroll Ed Dwight in an attempt to promote racially equality.

Dwight was told that Yeager then suggested that if they all failed to speak, drink, or fraternize with him, Dwight would be gone in six months.

Dwight persevered until President Kennedy’s death, when government officials created a threatening atmosphere. He resigned in 1966, never having gone into space. Dwight’s talents then led him to work as an engineer, in real estate, and for IBM. In the mid 1970s, he turned to art and studied at the University of Denver, learning to operate the university’s metal casting foundry. He received a Masters of Fine Arts in 1977 and gained a reputation as a sculptor.

In 1975, while in the Masters of Fine arts (MFA) Program at the University of Denver, Ed was commissioned by the Colorado Centennial commission to create a series of bronzes depicting the contribution of Blacks to the American Frontier West.  The series of 50 bronzes was exhibited for several years through the United States, gaining widespread acceptance and critical acclaim.  In 1979, while the series was on exhibit at the Jefferson National Memorial, Ed was encouraged to create a bronze series portraying the history and historical roots of Jazz.

The series created, entitled “JAZZ: An American Art Form,” now consists of over 70 bronzes, characterizing the creation and evolution of Jazz, from its African and European roots to the fusion of contemporary music. 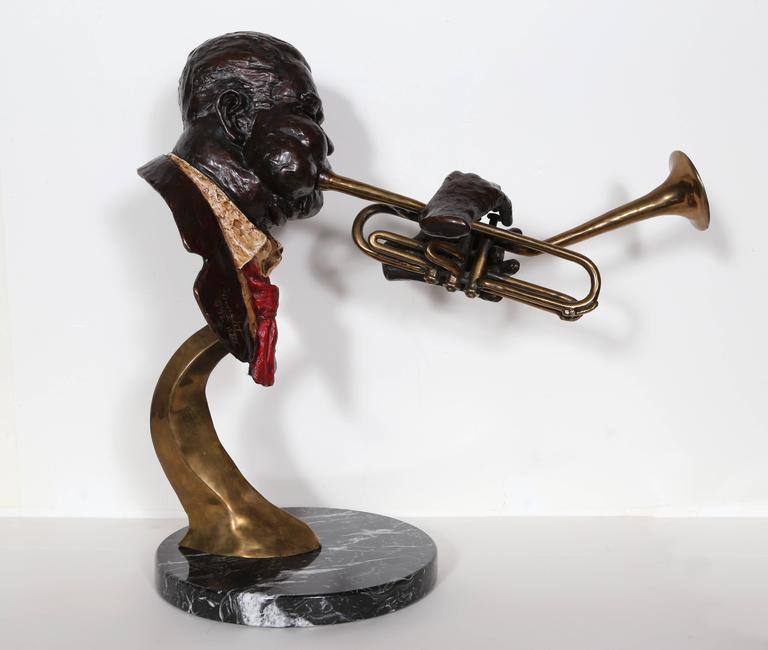 In 1978, Ed’s first large-scale commissioned work was the abolitionist Fredrick Douglass.  The life-sized monument was commissioned by the National Parks Service, and is on display at the Douglas Museum in Anacostia, Maryland.

Since this commission, Ed has completed over 128 Public Art and Large-scale memorial installations throughout the United States.  He has also created over 18,000 gallery sculptures, and is represented in several galleries throughout the country.

In 2009, Ed was honored with a commission to create an historical life size sculpture presentation of President Barack Obama’s first inauguration scene.  The scene includes the President, The first lady, the two Obama girls and Chief Justice John Roberts administering the oath.  The exhibit is on tour throughout the U. S. in museums and other venues. 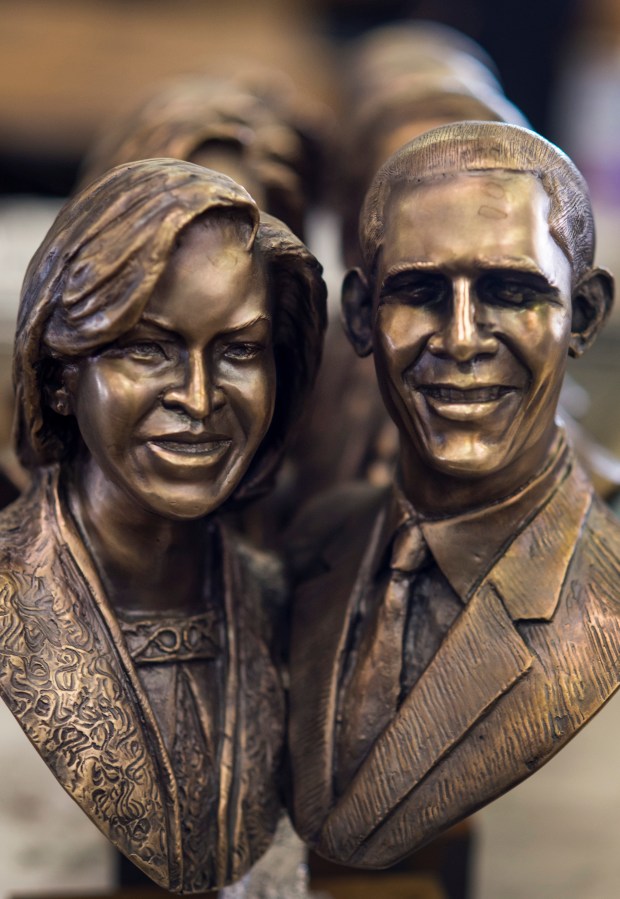 Currently, Ed operates a 30,000 sq. ft. studio/gallery and foundry in Denver.  He employs several artisan craftsmen.  He is the recipient of an honorary Doctorate from his Alma Mater, Arizona State University and hundreds of “Living Legends Awards” from around the country for his achievements and contributions to the racial progress through the many Memorials and Public Art.  Museums, institutions and art appreciators through the world rigorously collect Ed’s sculptures.

“I was poised to be the first black Astronaut, but

Today I am recognized for “Something I Diden’t Do.”